What’s the Best Thing That Could Happen?

Previous Next
What’s the Best Thing That Could Happen?

I was sitting in a meeting a while back with a group of leaders discussing performance. As always there were areas of success and areas of challenge. As the conversation grew the topic zeroed in on some statistical issues that impact the bottom line revenue. As I looked around the room, and listened, I noticed that no one was really offering any solutions. Each team member was continuously pointing out what wasn’t working, or what hadn’t worked in the past. I personally have a very low tolerance for this because I was once a master excuse maker in my former life. I could identify all the things going wrong and justify why things didn’t work. I believed, as many others do, that a great reason ‘why not’ was equivocal to great results. Well, the truth couldn’t be further away from that thought, and neither can success.

As I reached my limit of hearing my old story from other people’s mouths I interjected, “considering what’s currently going on with this project, what’s the best thing that could happen here?”. The group grew silent, but, in that moment, I knew that question had shifted the focus of our team from problem to possibility. I continued some questioning in this line of thought and we began to pinpoint some viable solutions to try. As we discovered ideas, and discussed them, I noticed one part of the group would love the idea but present potential ways the idea would fail or be manipulated. I then had this moment of clarity while listening to one manager thoroughly explain 10 different hypothetical negative outcomes in detail; most people are very comfortable answering the question ‘what’s the worst thing that could happen?’ but they are not comfortable with my question, ‘what’s the best thing that could happen?’. I won’t bore you with the remainder of the story but we did get into a position of positive change, with a plan of attack.

Most importantly, I walked away asking myself a really powerful question. How much of the time am I planning my day, work, conversations, relationships or dreams based on a ‘what’s the worst thing that could happen’ mindset? How many of my initiatives and interactions have been limited by that thought or belief? I wanted to believe very little, but when I analyzed it there was quite a bit of evidence to the contrary. Now, don’t get me wrong, I am not saying that contemplating what negatives could happen is wrong. I am just asking, is it part of, or a predominant part of the mental approach to what we do and how we do it? If my mindset was a pie chart, how much of it would be ‘what could go wrong’.

YOU LITERALLY HAVE MORE OPPORTUNITY THAN EVER! 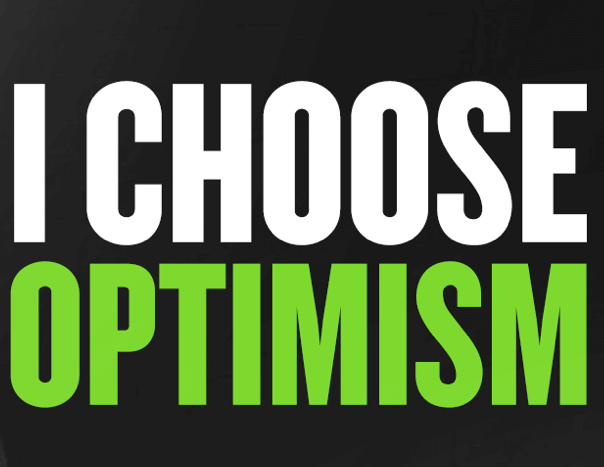 Here is what I discovered with the group I was working with. When you design plans around potential negatives you can cause paralysis by analysis and all your solutions are fear based. You can take it so far down the rabbit hole that it never gets going. Another danger is focusing so hard on the problem-makers that you alienate the performers/problem solvers. I have seen that happen time and time again. For example, we go to design a compensation plan and analyze it heavily to prevent any opportunity for someone to cheat the system. In doing that we end up sucking all the incentive and fun out of it for those who would never cheat the system to begin with. It becomes a lose-lose plan. All because we based our foundation on ‘what’s the worst that could happen’..aka fear. So, start with the end in mind. Create with the Super Bowl party happening, the mountain top experience, or the Hole in One celebration. It’s a much more freeing position to originate, plan and execute from. The energy and flow in co-creating from that place is unstoppable. Cheaters and manipulators get caught eventually, but don’t ruin the game for everyone making them the focus.

What would it be like if each of us looked at each adventure, event, relationship, job, employee, client, etc. and said ‘what’s the best that could happen here?’.

Get out of that fear-based approach to life and business! Make your life the adventure it is designed to be.

Tips: When you find yourself with a decision to make or seeing contrast in a situation:

Step 1: Ask yourself or the group ‘What’s the BEST that could happen?’

Step 3: Write down the scenarios you love the most

Step 4: Take immediate and intentional action on them

This Sliding Bar can be switched on or off in theme options, and can take any widget you throw at it or even fill it with your custom HTML Code. Its perfect for grabbing the attention of your viewers. Choose between 1, 2, 3 or 4 columns, set the background color, widget divider color, activate transparency, a top border or fully disable it on desktop and mobile.

Sign-up to get the latest news and update information. Don't worry, we won't send spam!